Jess Ryan remembers writing her first song as a kid growing up in California.

“I still have that song book, and it’s really bad,” she says with a laugh. “I was a 6-year-old writing about, ‘Oh baby, don’t you walk out that door.’ So my heart’s always been in writing songs.”

More than 20 years later, Ryan still writes songs. Only now, she has the life experience to back it up, and then some -- a journey that includes a stint as a high-school teacher, six months wandering the West in a van, and time spent living in Montana. Through her soulful blend of earnest indie rock, swirling psychedelia and confessional folk, Ryan channels her heartbreak, her dreams and her passion.

Her childhood songs notwithstanding, Ryan got her start in music in earnest at 16 when she found an acoustic guitar in her mom’s closet. After a trip to the music store, where she purchased a new instrument, she began teaching herself to play, drawing influence from ’90s alt-rock acts such as Tool and Alice in Chains and the outspoken folk of Ani DiFranco. At 22, she wrote her first (adult) song.

“What’s funny is I think those lyrics went, ‘Oh baby, oh baby,’” Ryan says. “(But) it wasn’t just like some hypothetical scenario, it was real.”

Ryan eventually left California for the road, landing in Montana for a year before moving to Bend, Oregon, about five years ago. She began frequenting open mic nights at neighborhood bars such as the M&J Tavern and Astro Lounge. Her powerful voice and dark songs, filled with shady characters and situations straight out of a Tom Waits menagerie, began to turn heads.

Guitarist James Hutchens heard Ryan perform at one of these open mics and asked to sit in on her next song. The first key piece of The Jess Ryan Band was in place. Bassist Joshua Hernandez (Cosmonautical, Sex Repellant) came on board next with original drummer Jeff Couture (Cosmonautical, Dr. Green Dreams). Current drummer Patrick Bedard (Dingo Factory) joined after a long conversation with Ryan “about time and space” outside of a bar one night. Saxophonist Andrew Lyons completed the lineup about a year ago.

“What I like doing is pushing it to be edgier, a little bit more dark than what a singer-songwriter format would lend itself to,” Hutchens says. “And Jess already had a lot of that going on even as a solo songwriter, so it ended up being a cool thing.”

“I hadn’t even thought about (starting a band),” Ryan says. “I love how it came together, it was so organic. … I was just playing because I needed to do it for myself, and then I met James, and then it was like, oh cool, we’re doing this together.”

The Jess Ryan Band has gigged around Central Oregon and is looking to expand its touring into the Pacific Northwest and beyond in the coming year. The group also is prepping to record its first studio album. 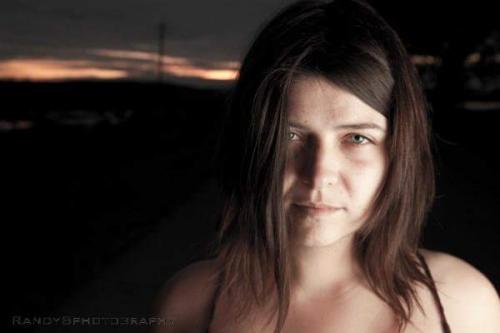